#LTHEchat 79: Do our Referencing Standards and Expectations measure up?

This weeks chat is kindly hosted by Yaz El Hakim 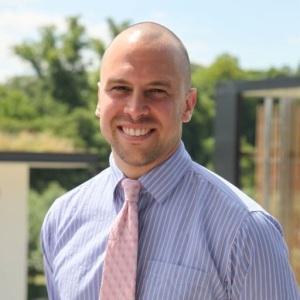 Yaz El Hakim is the Education Strategy and Communications Director at www.Kortext.com, Co-Chair of www.SEDA.ac.uk  and Honorary Learning and Teaching Fellow at the University of Winchester.

Having been Director of Learning and Teaching and Student Engagement at the University of Winchester previously, his interests are in: Student Engagement, Assessment and Feedback, EdTech, Educational Development and HE Policy.

He co-led the www.TESTA.ac.uk project and is on the Advisory Board for the REACT project (www.studentengagement.ac.uk) .

There are many places in our daily lives where standards and shared understandings create some organisation in our chaos. From speeding limits on roads to not stealing. Wherever we go there are rules, laws and some widely understood standards that can be expected of citizens. This is true within Higher Education too!

I have been fascinated by several standards within the sector, but one has perplexed me for some time – ‘institutional referencing styles’ and the associated bespoke standards they create. Why do institutions, subjects or academic staff within departments attempt to force students into such a unique way of referencing? Why do we feel the need to have the University of Poppleton Harvard Referencing Style?

My previous employer, RefME, identified thousands of varying styles within the platform, which we saw as a point for reflection. The thousands of styles, were largely based on approximately 12 popular styles, 12 styles that evolve into new editions (e.g. Harvard Cite Them Right 10th Edition most recently). The list below demonstrates the number of occurrences pertaining to some of the core style which the Citation Style Language is based on:

A standard can be defined as ‘a required or agreed level of quality or attainment’ or ‘something used as a measure, norm, or model in comparative evaluations’ Oxford Dictionary (2016). Both of which point to one of the key benefits of a standard where one can rely on the standard being fixed and can achieve the desired outcome by following the model or norm. However, when the standard is not adhered to by lecturers, markers or tutors, the resultant feelings can be confusion, frustration, irritation and anxiety.

Analysis of the Most Used Harvard Styles

We compared Harvard Cite Them Right 9th Edition to 9 other institutional Harvard styles to see how identical the styles were. Every character that is either different or in the wrong place (including spaces and punctuation) registers as a mistake. The system subsequently calculates the number of incorrect characters as a percentage of total characters, e.g. if a reference was exactly 100 characters long and 4 were wrong and 6 were in the wrong place it would give a 10% error.

On average the different institutional styles had 21.84% errors from the core Harvard 9th Edition Style. However, it cannot be omitted that one style at the most extreme resulted in 38% errors against the core Harvard 9th Citation Style. This is controversial due to the size of difference, but why are any institutional styles different? Is non-standard practice helpful to students when referencing, I suspect not!

Conclusion: A Natural Evolution back to a single Standard … or even 12.

It seems important that a shift to global standards of popular citation styles would remove bureaucracy from the system and allow interoperability, whilst adhering to the highest possible standard. Such a shift would mean that memorisation of how to accurately reference a blog in APA would not be the most important aspect of referencing that a student (or staff member) should be focusing on. The skill authors, staff and students, could benefit from focusing on, is the quality of the source, the depth and width of wider reading needed to generate informed views/positions and a clearer understanding of information literacy. All of which are currently masked by an anxious focus on where the dots and comma’s go.

You can find the Storify here.

I wish to acknowledge Jamie MacPherson and Jana Hanson, two very clever colleagues who helped me create this data set that we felt adequately provoked this reflection.

I am a Senior Lecturer in Mental Health Nursing
View all posts by Neil Withnell →
This entry was posted in Uncategorized. Bookmark the permalink.