We have decided to introduce The #LTHEchat Golden Tweeter Award from 2015 for colleagues and students who have shown sustained engagement, commitment, insight and open sharing to the LTHEchat community. There is no fixed number of award winners per year and individuals can be nominated by the community and are also selected by the LTHEchat team.

We encourage winners to display their #LTHEchat award in their portfolio or professional profile.

Prof. Simon Lancaster @s_j_lancaster: We have the pleasure to award the very first #LTHLEchat Golden Tweeter Award to Simon Lancaster, Professor of Chemical Education from the University of East Anglia for his passionate engagement and sustained commitment to open CPD and the support he is offering to the #LTHEchat community. 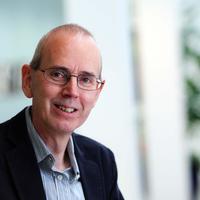 Simon Rae @simonrae: Our second #LTHEchat Golden Tweeter Award goes to Simon Rae, a retired lecturer in Professional Development from the Open University, who has been extremely committed to the #LTHEchat during 2014/15 and its community. Simon also initiated one of the two community-driven chats but also visualised skillfully many of the chats so far. We are grateful for his valuable contribution.

Neil Withnell @neilwithnell: We are delighted to award the third Golden Tweeter Award to Neil Withnell @neilwithnell, University of Salford for his continuous commitment and contributions to the weekly LTHEchat as both a member of the community and as a volunteer member of the organising team October-December 2015. Neil is a Mental Health Nurse, Senior Lecturer and Associate Dean Academic Enhancement; and brings a wealth of experience and empathy to the weekly chats where he noticeably welcomes new members to the community.

We have the pleasure to award the fourth #LTHLEchat Golden Tweeter Award to Dr Mansour for her passionate and sustained engagement with the weekly #LTHEchats and for being such a great ambassador and always willing to help and support others. She has also led a Guest chat on reflective writing spaces – student engagement and challenges. Dr Mansour is is a Lecturer in Human Resource Management and Organisational Behaviour and Deputy Leader of the Doctorate in Business Administration (DBA) Programmes at the University of Northampton.

We are delighted to award the fifth Golden Tweeter Award to Dr Chris Jobling @cpjobling for his continuous commitment, valuable contributions and  creative energy to the weekly LTHEchat as both a member of the community and as a volunteer member in two organising teams, from January to June 2016. Dr Jobling is a Senior Lecturer in the College of Engineering at Swansea University. His primary research interests are educational technology, computer-aided control engineering, and internet technologies; and he certainly brought these skills to the fore whilst part of the organising team!

Dr Anne Nortcliffe @anortcliffe is the Director of Engineering Curriculum at Canterbury Christ Church University. Anne as well as being an active participant and shared her ideas and practices openly and generously, led a guest tweetchat in 2015 on Understanding neurodiversity (hidden disabilities).

Teresa MacKinnon @WarwickLanguage is a Principal Teaching Fellow at the University of Warwick. In addition to also being an active participant on a regular basis, Teresa organised a partner tweetchat linking to an event which connected practitioners, networks and communities during Global Leadership Week and was a volunteer member of the LTHEchat organising team in 2016.

We are delighted to award the Golden Tweeter Award to Dr Scott Turner @scottturneruon  for his continuous commitment to #LTHEchat and outstanding weekly contribution of visualisations using a variety of tools. He has also been a volunteer member of the organising team September-December 2017. Scott is an Associate Professor at the University of Northampton.

We have the pleasure to award the Golden Tweeter Award to Sarah Honeychurch @NomadWarMachine for her sustained engagement with the weekly #LTHEchats and the way she engages the wider audience with GIFs and bringing in others from her international network. Sarah is a Teaching Excellence Fellow at the University of Glasgow.

Professor Sally Brown (@Prof Sally Brown) NTF PFHEA is a UK-based Independent consultant and visiting professor with expertise in teaching, learning and assessment at HE level. Sally generously shares her work on her website https://sally-brown.net/. Sally has been an active #LTHEchat advocate since it began and is a valued contributor to the chats.

Professor Phil Race (@RacePhil) NTF, PFHEA is a ‘retired’ writer and keynoter on assessment, feedback, teaching and learning in tertiary education, e.g.’Making Learning Happen’ & ‘Lecturer’s Toolkit’ (5th edition coming out December 2019). He generously shares his work on his website https://phil-race.co.uk/. Phil also contributes so much to the chats and his sustained engagement is valued.

This spring we would like to award a triple Golden Tweeter Award to our exiting #LTHEchat organising team from Jan to March 2020, Dr Nathalie Sheridan, Dr Dawne Irving-Bell and their mentor Dr Chris Jobling who worked tirelessly and with great commitment on the steering wheel of the chat under challenging circumstances. We are grateful for all their hard work, professionalism and creative input. This team has come up with interventions that have been proactive and responsive to real problems we are all facing and shown that together we can get through this. This team and their mentor Chris has shown that introducing rotating organising teams some years ago and now even mentors who have previously supported the chat and the #LTHEchat community can be a sustainable solution for such an open professional development initiative. A special massive thank you to Chris for many years of engagement and commitment to the whole #LTHEchat community. What would we do without you?

We have the pleasure to award the Golden Tweeter Award to Rachelle O’Brien and Kiu Sum for their continued commitment to #LTHEchat. Rachelle has been both a valued member of the organising team in September-December 2019 and a mentor to the current team January-March 2021. Kiu has been a regular contributor to the chat as a student, bringing her unique style of counter questions to keep us on our toes. She has also been a valued member of the organising team January-April 2018.

The embedded code: You can add this by copying the code and pasting on to a page when you are in the html editor or by adding to a text box and the above will appear. To change the size, all you need to do it adjust the height and width. The above image dimensions are width=”300″ and height=”350″